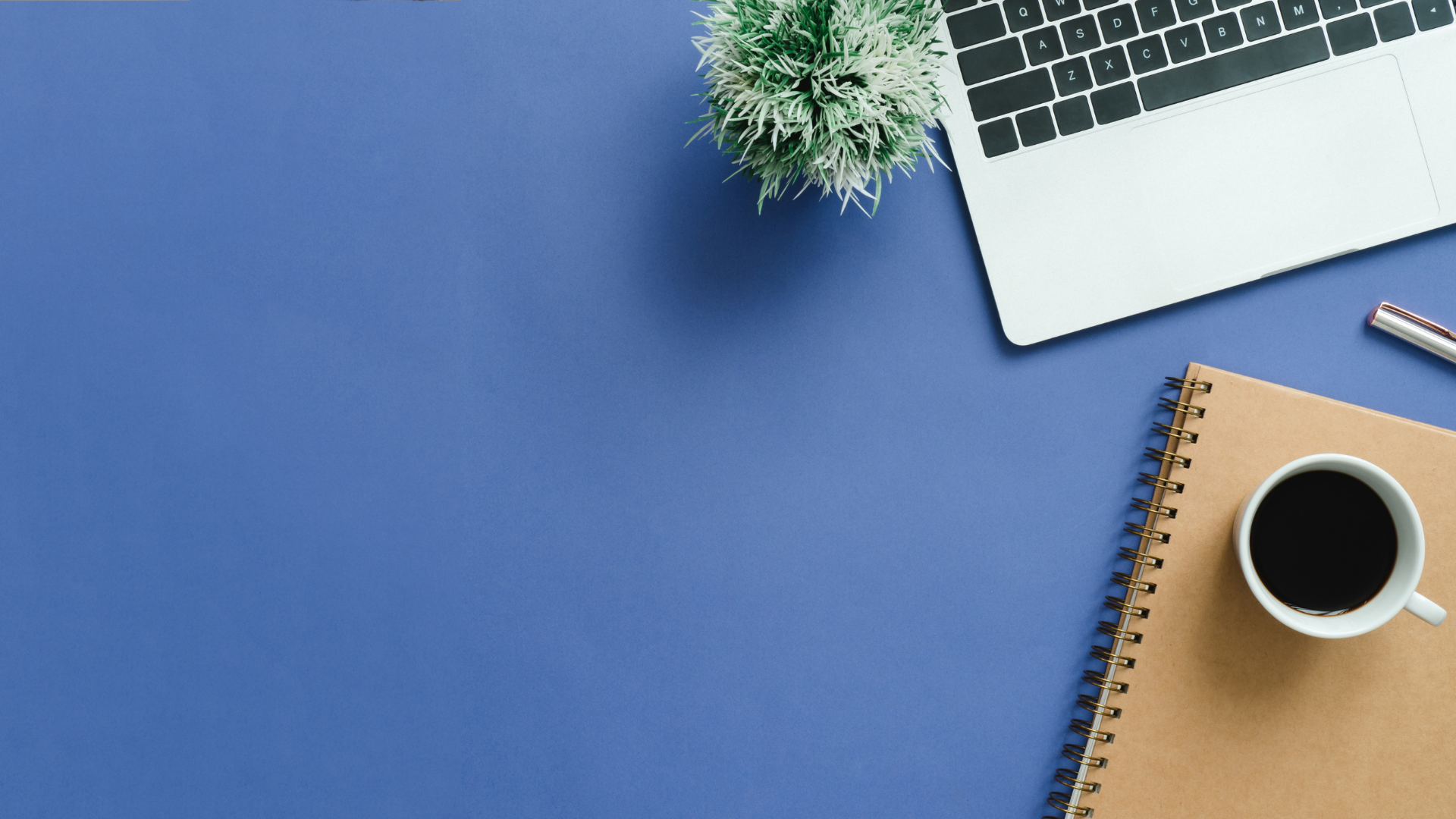 Like all areas of society, the Covid 19 pandemic has had a truly exceptional effect on civil litigation in general. Never before has the whole industry had to cope with the challenges faced over the past 12 months.

At virtually no notice, it was impossible to continue working the way that had been honed over the past decade. Be it the physical closure the court or the new technologies rushed in to the ageing court system when it reopened, the absence of colleagues who have contracted the disease or having to juggle home-schooling alongside a full time job, literally every person connected to the industry had to adapt their practices.

Not all adaptations have been negative however. For a time, both Claimant’s and Defendant’s agreed to be more mindful of the difficulties caused by the pandemic and courts were more sympathetic to the same. Modern technology has been forcefully adopted by the courts and despite the short term pain of having to deal with it the difficulties this itself brought, it is almost certainly to the long term benefit of everyone involved in litigation.

However, this would not be contentious litigation if there was not a party considering how to gain an advantage from the difficulties faced. And with credit hire, perhaps the most contentious of all losses to claim, it seems that Defendant insurers and solicitors have given much thought to new angles to dispute the claims brought.

It is no secret that when faced with a claim for hire on credit, the representatives of the paying party need no excuse to dispute the amount claimed. Every six months there seems to be a new method of defence raised by the insurer and another hoop to jump through for the Claimant.

Since the country was locked down for the first time in March 20202 however, we have seen some new arguments made, and some of these are only being seen now that cases are being litigated. It is certainly not the case that there has been any lessening of the now standard arguments brought by Defendants, rather that the lockdown has brought renewed scrutiny on the very basis of hire at all, need.

It has long been assumed by the court that in general terms, need is a relatively easy concept to prove. If someone had full use of their own vehicle, and are then deprived of that use by the offending driver, on most occasions the court will accept that they needed a replacement. Be it for work purposes, commuting, the school run or any other social and domestic reason, the cases where a court believed the Claimant did not strictly need to hire are few in number.

However, the twin lockdowns of 2020, the present lockdown and the periods of restricted travel in between changed this. The need for a replacement vehicle was always for the Claimant to prove and typically a little detail about what their own vehicle (and subsequent hire vehicle) was used for was enough to meet this threshold. That said, since the vast majority of the population were ordered to ‘stay at home and protect the NHS’, the need for a vehicle generally diminished.

Almost overnight, motor vehicle usage dropped by around 75% and the number of accidents dropped to between 10%-15% of pre-Covid levels.

With huge numbers working from home having not done so before, weekly food shops being ordered online and delivered, non-essential retail closing, schools closing eliminating the need for the daily drop off and collection, it is easy to see why this is. Generally speaking, vast numbers of cars across the nation lay dormant on the driveways of their owners.

However, as long as there are some vehicles on the road, some accidents will happen and when these accidents happen, they invariably are likely to involve someone who has a high need for a replacement.

A key/critical worker for example should, in theory, have little concern about need however when the period of hire continues for a long time due to the closure of repairing garages or companies supplying parts, the claim will come in for a higher level of scrutiny.

Of course, the category of road users is far from black or white. For example, what of taxi drivers who provide transport for key/critical workers? Should a taxi driver have found themselves in the unfortunate position of having an accident and being without their own vehicle during lockdown, they clearly had a difficult decision to make.

Yes, it is obvious that takings will be lower than the pre-Covid period. There is clearly a lower demand for taxi services and jobs will be harder to come by. Typical hubs such as airports, train stations and shopping centres were largely empty so for most, jobs would be hard to come by. However, amongst others, the elderly, disabled, contract customers, emergency and key/critical workers no longer able to use public transport, still needed the services of a taxi driver.

Further, most will be self employed, and potentially receiving minimal assistance from the government handouts, especially during the first lockdown. It is a stressed decision and the decision to enter a credit hire vehicle may well be borne out of necessity. It is not surprising therefore, that these hires continued to be taken out.

And so, what of the insurer response. Whilst the solicitors dealing with litigation agreed to be more lenient and to avoid seeking advantage related to Covid difficulties, it seems the insurers did not get the memo.

In 2009 the Court of Appeal heavily criticised KGM Insurance for directly writing to several Claimants in an attempt to shock, scare or otherwise influence the decisions they make. In 2020, we saw the practice revisited with several reported instances of insurers writing to those in hire, despite knowing they were represented. Most common it seemed, were taxi drivers that had hired, where they were told that they should hand the hire vehicle back, claim from the government and if they did not, they would be subject to fraud and dishonesty investigations. They were also told about the increased rates of death amongst taxi drivers, who contracted Covid 19 on the job.

To a lay client, this entirely deliberate tactic will no doubt be very shocking but also quite unfair to the victim on an accident and especially when that same person has representation in place.

Whilst the above detail is perhaps an example of a rouge insurer (writing direct to the Claimant), the hardline stance it represents is very much being followed by most if not all insurers. Indeed, it is known that they have been arranging training on the subject.

Claimants, hire companies and solicitors representing them can expect an increased level of scrutiny in relation to need. It will no longer be expected that the Claimant can easily prove this, and it will certainly influence the offers made pre-issue and the difficulties faced post issue.

To counter, what is to be done from the Claimant perspective.

It is not lost on me that this article is being drafted a little after the event. Most hires will have already taken place and therefore any action that can be taken is mostly reactive, most likely having already seen the hard-line stance of the Defendant insurer.

It is my opinion that the Claimant/hire company/solicitor need to go back to basics. The court will take into account all aspects when considering need, so the key to combating the insurer stance is to look beyond the obvious. As always, each case is subjective so is specific to the Claimant and their situation.

Our first example is in terms of taxi drivers and the like – look to their customer base. Who are they providing a service for? Do they have regular customers? Do they have a contract they need to honour? All of these questions point to a responsibility for that driver to maintain a service and alone they detail a greater loss in the long term if they did not provide the service.

If no joy can be gained from the above, then the fall back would be to look at the finances of the hirer. It is easy for an insurance company to say that a taxi driver faced with reduced demand for their services should simply sit and do nothing, but would that have been possible?

In the first lockdown especially, there was great uncertainty about the government payments that would be offered. Even when this became clear, it was based on that person having the evidence of previous earnings. There was no guarantee that a driver could recover their income from the government, for example someone new to the industry would qualify for very little.

It is a fact of life that bills still needed to be paid and families supported. For those drivers who were truly impecunious, even the smaller amount of earnings possible due to lower demand would have been needed to provide security for them and their family. As always, the key to succeeding with these arguments will be the evidence, bank statements, contracts etc. Obtain them early and the Defendant’s arguments may be defeated before the case needs to be litigated.

For non taxi hires, a similarly detailed account of exactly what the vehicle was used for is needed. When seeking to rebut the Defendant arguments or considering whether to offer a hire car, think about the questions the judge will consider. Was there a viable alternate for the hirer (transport to work for example)? Were they themselves vulnerable or lived with someone who was which would mean public transport could not be used? Were they responsible for others, providing supplies to people shielding or isolating?

Ultimately, the ability to prove need in these cases will be down to the client. Keep mileage logs if possible and perhaps ask the client to keep a log of journeys. The more the hire vehicle is used, the more likely it is that we can prove it was needed. The judge will be concerned that hire cars remained unused on a driveway so the more contemporaneous evidence that can be provided against that the more chances of success.

Of course the detail above can also be used for those potential hires that will come in near future. It seems that the reduction in vehicles on the road will be with us at least until June 2021 and the hangover in terms of these arguments being maintained will probably be felt beyond that. It is always worth getting as much information on the points above at the start of hire as this will both inform the decision to offer hire at all and will also provide ammunition as to how you can deal with the inevitable Defendant arguments will follow.

Pabla and Pabla Solicitors are more than willing to offer additional guidance on the points raised in this article or any other concerns in relation to credit hire. Please contact us via the usual channels in this regard.